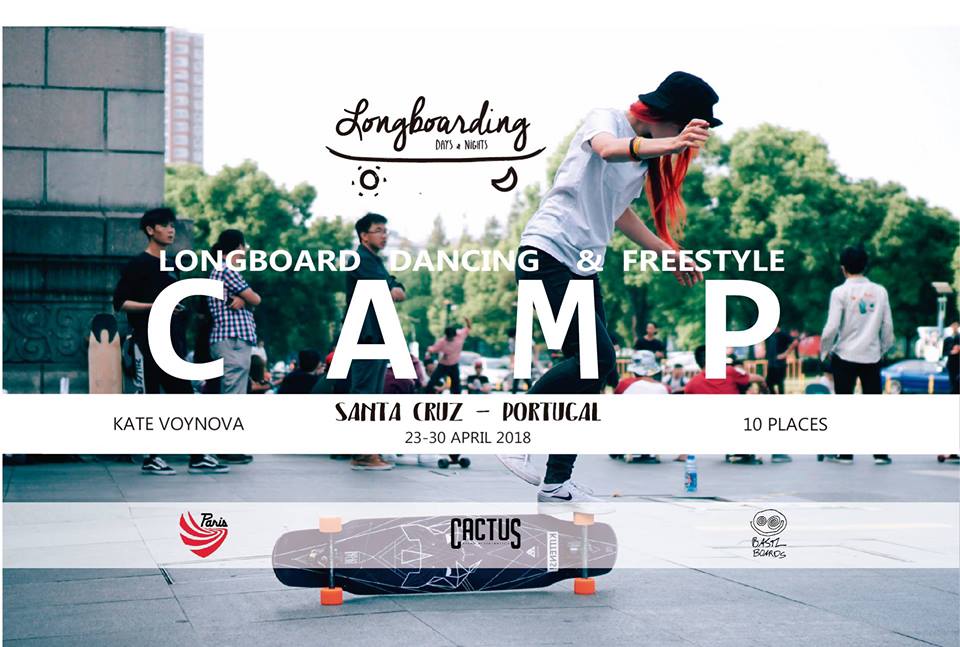 Wanna skate and longboard dance with Kate Voynova and Valeriya in Portugal? – 22nd to 29th of April 2018

The first longboard dancing & freestyle community in Portugal ‘Longboarding Days and Nights’ invites you to join their Longboard Camp with Kate Voynova (yes-yes, THAT Kate!) as a special guest and full-time instructor.

Together they created a fun but pretty intense program, with a whole lotta skating, surfing and functional training. The goal is to enjoy, learn and connect, but also build a stronger and healthier self.

Longboard dancing & freestyle is their main focus with a total of 13 hours of practice. Beginners will build a solid technical base under the guidance of our invited pro rider. Intermediate and advanced longboarders – nail new tricks and hone their style.

The camp will take part in Santa Cruz is a small town at the coast of the Atlantic and located 50 km to the north of Lisbon, a nice place to be with a chance to meet a real local person in a natural habitat and listen to the melody of the Portuguese language.

Kate is a Russian longboarder who has been skating since 2013. Teaching experience from 2014. In 2014, Kate won five men’s longboard competitions in Moscow. Later on, she became one of the event’s organizers and core judge members.

Valerya is a Russian longboarder living in Portugal, who founded Longboarding Days & Nights together with her boyfriend Johny. It is the first community in Portugal dedicated to longboard dancing & freestyle.